Before There Was Office Coffee Service 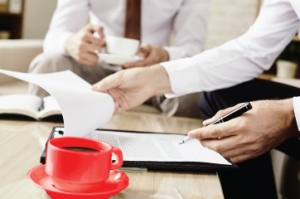 Today, you can easily grab a cup of coffee from the office coffee service, so it’s hard to think that there could ever have been a time when coffee wasn’t one of the most universally enjoyed beverages around the world.

The World’s Love of Coffee

Not only is it delicious, but second to oil, coffee is the most valuable commodity traded worldwide (legally speaking). In fact, around 2.25 billion cups of coffee are consumed around the world every day. When you pour a cup of coffee at the office, do you ever wonder where did coffee come from and how did it become so popular? While you’re looking for the best office coffee service in Denver, you may find it interesting to learn more about the history of coffee.

The Discovery of Coffee

The history of coffee is a fascinating one. Although no one is entirely sure when or how coffee was discovered, there are many stories surrounding its origin, most of which trace the plant back to the ancient coffee forests of Ethiopia. A goat herder was said to have discovered the plant after he observed that his goats became incredibly energetic after eating berries from a specific type of tree. The goat herder tried the berries and had a similar reaction. He then gave them to various monks in a nearby monastery. They also had an energetic response to the fruit. Eventually, talk of the mysterious berries spread East and coffee reached the Arabian Peninsula, where it would soon spread to the rest of the world.

Starting in the 13th century, coffee was grown in the Yemeni district of Arabia, and tradition stated that not a single coffee plant existed outside of Arabia or Africa until the end of the 15th century. By the 16th century, the coffee plant had become familiar in places like Syria, Egypt, and Turkey.

Coffee was consumed in homes as well as in public coffee shops, which soon became bustling hubs for many different social events. Coffee houses were soon considered places where important information could be exchanged, earning themselves the nickname “Schools of the Wise.”

Around the late 16th century, European travelers who ventured to the Near East brought back with them tales of a strange black drink that was enjoyed by the local people. In 1616, the Dutch established the first European-owned coffee farm in Sri Lanka, which was followed by one in Java in 1696. By the 17th century, coffee had become widely consumed throughout the continent of Europe. Coffee shops had sprung up in the main cities of Germany, Holland, England, Austria, and France, and provided an opportunity for people to communicate and engage in various activities.

The History of Coffee in America

Coffee came to the New World sometime between the mid 17th and early 18th centuries, but the drink never gained traction in America until the Boston Tea Party of 1773, when colonists pushed for the switch from tea to coffee. The Civil War also had an impact on increased coffee consumption, as soldiers depended on caffeine for increased energy. By the late 19th century, coffee became an incredibly important international commodity, and American entrepreneurs searched for different ways to make a profit from the coffee plant. During the late 1800’s, entrepreneurs like James Folger began selling coffee to California gold miners, which paved the way for other big-name coffee producers, such as the Hills Brothers and Maxwell house.

Hundreds of years after that goat herder first discovered those wondrous red coffee berries, you can now access premium, organic, freshly roasted coffee right in your office breakroom. Redcup Beverage service offers roast and ground, single cup, bean to cup and cold brewed coffee delivered right to your office. Contact us to schedule a coffee tasting in your office.

More in this category: Coffee Trends That Aren’t Going Away »
back to top